About Candy-O: “I can’t imagine anyone else doing an album like that and pulling it off the way we did, any more than I can imagine anybody else doing a Beatles album, say. It’s a lot cleaner than the first one and we spent a lot more time working on sound and the clarity of instruments. But it’s still a natural kind of flowing thing; there’s a lot of feeling from every individual involved. Ric and I have been singing pretty well for some time now, but this time out we had the luxury of really getting it down on tape. The blend of our voices is perfect.”  –Candy-O press kit booklet, 1979 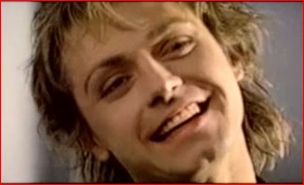