Dave and Donna sort through the remaining six Cars videos to wrap up this fun series. Join the FANORAMA group on Facebook or leave a comment below and tell us what your overall favorite Cars video is and why.

I see writings on the wall and I hear the wilderness, it calls

And you know when you go you have my attention

So you see what you’ve sown, sure goes a long long way

And now I know the meaning of ‘alone’

In Episode 4 of the NiGHT THOUGHTS podcast Dave and Donna tackle the slew of Cars videos linked to the Heartbeat City album. Not enough time to adequately cover everything… and a few more growing pains in the technology department… but overall, a fun discussion. Come join us!

Don’t miss Episode 3, where Dave and Donna dive into the hilarious and awesome world of official Cars’ videos!

Episode two is up and running! Dave and Donna discuss the highs and lows of being in ‘The Cars world’ with other actual human beings. Take a listen and let us know your thoughts!

On the possibility of producing a band: “I want to produce somebody I can really get behind, something really meaty. I know what I want, but it’s really hard to describe. But when it comes along, I’m going to grasp it up and make a knockout record of it.” — Candy-O press kit, 1979 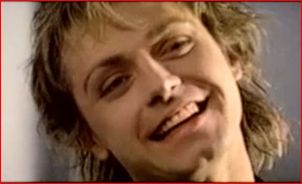 My husband’s brother, D, has always been my rock-and-roll buddy. We’ve talked music from as far back as I can remember, and he is one of only two members of my large extended family that will talk seriously with me about The Cars without looking at his watch. His all-time favorite song of theirs is “Dangerous Type,” the last track on the 1979 Candy-O album.

One might not consider the lyrics of The Cars to be ‘seductive’ in the traditional sense, but when my brother-in-law sings, “Inside angel, always upset. Keeps on forgetting that we ever met. Can I bring you out in the light? My curiosity’s got me tonight,” my sister-in-law blushes and giggles like a schoolgirl.

Such is the provocative power of The Cars!

(Of course, her response may have more to do with the fact that after all these years they are still madly in love, and just about anything he does makes her blush and giggle! haha)

Rock critics agree that “Dangerous Type” is one of the true highlights from Candy-O. Written by Ric Ocasek and produced by Roy Thomas Baker, it was never released as a single but it received a lot of radio play and easily became a fan favorite. This is also one of those songs where, if you really tried to pull a specific message out of Ric’s lyrics, you would likely be left scratching your head. That doesn’t stop any of us from singing along, though, does it? I’m sure each of us has some sort of connection we make with it, which is exactly what Ric wants.

There’s no denying that this song has panache. With every individual element, the guys get in there, throw their punches and then get out. You feel it from the first beats of David’s kick drum, and all through those excellent fills. Greg’s skillfully crafted synth sounds couldn’t be more perfect; I would love to lie across his keyboards and have him play those notes along my spine.  Ric’s vocal treatment is flawless, and adds just the right attitude to his cryptic lyrics. Benjamin’s got that pulsing bass line moving things along, and Elliot’s guitar work is no-nonsense and effective…. on out the door, the band entirely locked into that addictive outro.

Take a minute — well, 17 seconds, actually — to appreciate that guitar solo. It emerges from the chorus so subtly: edgy, powerful, and perfectly symbiotic with the keyboards in the background. When he’s made his voice heard Elliot drops us into to the next verse with little fanfare. That transition — from the end of the guitar solo to Greg’s kick-ass synth while Ric sings, “Museum directors with high shaking heads, they kick white shadows until they play dead…” — that is my absolute favorite part. I eagerly anticipate it every time I crank this song.

For our listening pleasure, there is an alternate studio version out there. It surfaced when the Candy-O monitor mix tapes were recovered. It’s pretty similar to the final track, with the most obvious exceptions being the missing guitar solo and a few minor lyric changes. I’m really looking forward to the Northern Studios recording that is slated to come out as a bonus track on the newly expanded Candy-O release, dropping on July 28, 2017 (just around the corner — yippee!). I’m always thrilled to hear something new.

This song has been covered numerous times. The most notable is this terrific version by Letters to Cleo, which was featured in the 1996 movie, The Craft, and included Greg Hawkes sitting in on the synthesizer. Greg also joins the band in their music video! I love love love this rendition! Take a peek here:

It was also covered by Johnny Monaco on the 2005 Substitution Mass Confusion tribute compilation. I haven’t heard that version yet; still trying to pick up that CD on the cheap. I’ve read that it’s well done. Another tribute album, Just What We Needed, came out in 2010 and includes a version by Graveyard School, but I can’t find that CD — cheap or otherwise — anywhere.

And now are you ready for a totally different take on this song? Check out this lush cover by Susan Hyatt, including some gorgeous trumpet playing by Zack Leffew… it’s a little startling, but I like it. From her 2016 album, Pin-ups and Trumpets.

A youtube friend let me know that “Dangerous Type” was also part of a movie soundtrack (though it does not show up on the official soundtrack album). The song plays for over 3 minutes during this transitional scene in the 1980 film, Times Square. Now I confess, I didn’t watch this movie; I generally like films about teenage angst but this one just didn’t appeal to me at all, though I understand that it is somewhat of a cult classic.

A bonus tidbit: on MTV’s first day of broadcasting (August 1, 1981), the 124th video they aired was “Dangerous Type.” I’m pretty sure it was this performance from The Midnight Special (I chose a higher quality of the footage rather than the one with the VH1 logo):

There are several live performances out there to listen to, but we’ll play out the article with this gem: the audio from The Cars’ set at the 1982 US Festival. Their energy is off the charts, Ric adds great flourishes to the lyrics, and Elliot shakes things up with his gritty guitar playing. Enjoy!

Dangerous Type by The Cars (written by Ric Ocasek, ©1979)

Can I touch you, are you out of touch

I guess I never noticed that much

Oo come and take me whoever you are

Keeps on forgetting that we ever met

Can I bring you out in the light

My curiosity’s got me tonight

They kick white shadows until they play dead

They want to crack your crossword smile

Oo can I take you out for a while, yeah

She’s a lot like you, come on hold me tight

Well, time to try something new! My good buddy from @Night_Spots and I are giving podcasting a whirl. We’ll be gabbing on anything and everything about The Cars. How many episodes? Who knows? We like to listen to ourselves talk so we could go on forever. Hahaha!

Check out the debut episode by clicking on the link below. (Excuse the technical difficulties; we’re both kind of dopey with technology.) Hope you enjoy it! 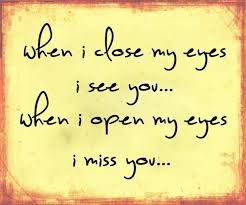