Regarding The Cars’ stage presence: “We play the way we want to play. We concentrate on what we’re playing, so we don’t dance around. We did the acrobatics long before The Cars, so there’s no point in doing it again. We’re The Cars. So look at us. That’s what we’re here for.” — from “Benjamin Orr: The Cars’ Mr. Casual Steps Out” by Rob Tannenbaum, Musician Magazine, March 1987

With the official release of the parody biopic Turbocharge: The Unauthorized Story of The Cars just around the corner, my longing for a true and deep telling of The Cars’ history, which is never far below the surface, springs forth. An actual, factual, full-length documentary would be my first choice (to reduce room for inaccuracies justified by creative license and sensationalistic fabrications), but barring that, it would be so great to have a serious movie made about The Cars.

And that, of course, begs the question: who would play our boys?

Not too long ago this article was posted on Facebook (thank you, Michelle B!) that gives one website’s suggestions on who should be cast to play the members of The Cars if a biopic was made.

Here are their choices: 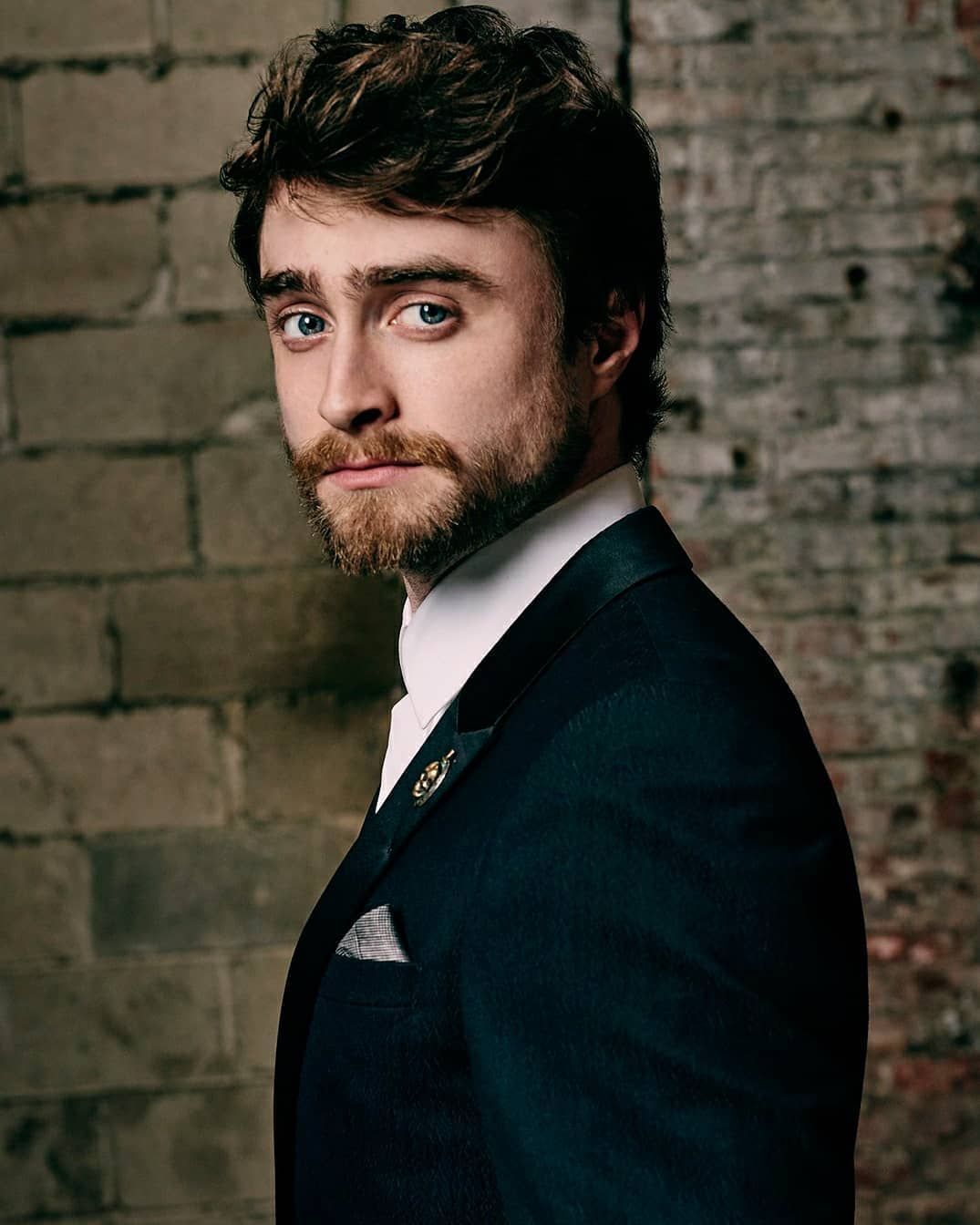 Uh, these guys don’t look like they can fill the bill to me. Reading that article, they’ve got a bunch of reasons behind their choices in terms of each actor’s musical experience, acting background, and the potential chemistry of the cast as a whole. I get that, but still, I was like, “Really???” There just has to be visual compatibility between the actor and the person they are portraying. And of course, I know that Hollywood can do amazing things with makeup and stylists and whatever other theater hacks they have (Rami Malek as Freddie Mercury? Brilliant!), so I’m not saying those choices are impossible, but they were pretty unsatisfying to me.

So now I’m going to give my candidates (surprised?), but obviously, nothing so deep for me. Mine are pretty much all based on looks and my own two cents, and limited by my lack of extensive knowledge of today’s young stars. One disclaimer: My biggest challenge is height, I think. My actor choices don’t measure up (or down, as the case may be) to create an accurate lineup, so I’ve had to override that consideration.

Ric Ocasek: My mind immediately went to the early 80s comedian Richard Belzer, who looks a lot like Ric, and is even the same age. Of course… his age is the problem; he certainly wouldn’t be able to pull off those early years.  In light of that, my present-day choice would be Scott Mechlowicz. He doesn’t quite have the same eclectic overall look as Ric, but his eyes, though they’d be under shades most of the time, are amazing, and I think that when revealed in the right scenes, they would be dramatic and able to communicate the beauty and mystery of Ric’s inner self.

Benjamin Orr: Did anyone else’s jaw drop when Ben Hardy showed up as Roger Taylor in Bohemian Rhapsody? He would have been the perfect Ben for OUR Ben! Of course, it wouldn’t be cool to have Hardy play another rock star, so I had to look elsewhere. Interestingly, I had recently stumbled across a great candidate in a clip from the show “The Carrie Diaries” that featured “Drive.” Austin Butler played the part of Sebastian Kydd, and his resemblance to Ben is striking. He’s got the right coloring, plus the sensuous mouth and beautiful blue eyes. We might have to pluck those eyebrows a little, though. Haha! Somewhat appropriately, this summer Butler was cast to play Elvis in a biographical Warner Brothers drama slated to begin filming next year. You’ll remember, I’m sure, that Benjamin has been referred to as ‘the Elvis of Cleveland.’

Elliot Easton:  Unlike Ben and Ric, no great options for Elliot jumped into my mind when I started considering my cast. I fished around for a bit with little success. I remembered Mark O’Brien from an episode of “City On A Hill” and thought he had potential. Not sure if his hair is thick enough, but he kind of has the right air about him; he would do. But then I discovered a better choice. I am really digging on Ellar Coltrane (without that thing in his face). He’s got great hair, the perfect mouth, those piercing eyes… and he just looks like our badass guitar player so much! He’d be perfect.

Greg Hawkes: With such a sweet disposition and an inherently boyish air about him, I really want someone who can capture the essence of Greg. The speed bump? It seems that every viable choice is six feet tall! I had to discard Thomas Brodie Sangster for that very reason. Just when I was thinking I’d have to stall out with Seth Green (who is clearly too old), I remembered Alex Lawther from one of my favorite movies, The Imitation Game. He’s cute and thin and quirky, and looks like he could handle the nerd factor (in a good way!). And at 5’8″, I think he’s as short as I’m gonna find!

David Robinson: The choices I like for David are all too old, I think. Zachary Levi, John Krasinski (if I can stop seeing him as Jim Halpert), and the claymation Santa (!!) all bear a believable resemblance, but probably wouldn’t cut it when it comes to portraying David banging it out in DMZ. Combing the younger crowd has me coming back to Dylan O’Brien again and again. Not sure what it is about him… His mouth isn’t quite the same, and we’d have to change that eye color, but he seems to have that same intelligent, amused look on his face that David always has. I think with a few alterations he could pull it off.

Clearly, my actor choices aren’t the only options. I’ll bet you have some favorites, too, that you consider ringers for our beloved band members. Comment below or find me on Facebook and tell me your top picks!

“We were searching for some sounds with some humor, because Ben’s writing is very quirky, with a lot of non sequiturs and strange juxtaposition of words. In that way, it’s similar to The Cars.” — Larry Klein, co-producer of The Lace, from “Benjamin Orr: The Cars’ Mr. Casual Steps Out” by Rob Tannenbaum, Musician Magazine, March 1987

We all have our stories, don’t we? The ways in which The Cars touched our lives, and how and why they continue to bring us happiness. Connecting with other fans and telling about our journey brings us such a sense of community and camaraderie that knit us together, and in some cases, it helps us feel like we’re not entirely nuts!

A couple of months back we received an email for the podcast suggesting that we allow guests to come on the show to share what the band and the music mean to them. Dave and I talked about it and didn’t feel like the pod was the best fit for that kind of thing, but we came up with another plan.

We’ve created “Got A Lot On My Head,” an audio forum for the Fanorama, featuring the memories and musings of our Cars family who have something they’d like to share with the rest of us, in their own words. It can be as simple as how you got into the music, or you can go deeper into your personal connection with a song. Or you can share what it was like to see the band live, your memories of meeting a band member, or your “so close!” moments. There are lots of possibilities… If you’ve got something to share, we want to hear it!

Interested in participating? It’s super simple! Get in touch with me via the contact page on this blog, or through Facebook or Twitter. We’ll schedule a recorded phone call, we’ll have a great chat, and I’ll publish it on my Youtube channel.* Done and done!

Our first foray into this forum features Norah Wiley, the sweet lady who gave us this idea! She shares her story of how “Drive” got her through a very painful time in her life. Take a listen, leave a comment, and make a new friend. ❤

*Of course, I reserve the right to edit the audio and/or decline publishing at my discretion.

Well it’s not far back to sanity, at least it’s not for me

Oh the canvas can do miracles, just you wait and see

Just a dream and the wind to carry me

And soon I will be free…

Thank you to my sweet friend MW for sharing this song connection with me. ❤

“I Can’t Help It” by The Mixed Emotions

I can’t help it, baby, my heart goes ding dong

You know I love you baby, yes, yes I do

I can’t help it baby, I know my love is true

Oh no I can’t help it

You know that love’s a foolish thing

But darlin’ down deep inside me

I’m going to give you everything

You know I love you baby, yes, yes I do

I can’t help it baby, I know my love is true

I get so nervous when I call you on the phone