“I’m real tough to get to know. It takes me a while to accept people.” — from “Benjamin Orr: The Cars’ Mr. Casual Steps Out” by Rob Tannenbaum, Musician Magazine, March 1987 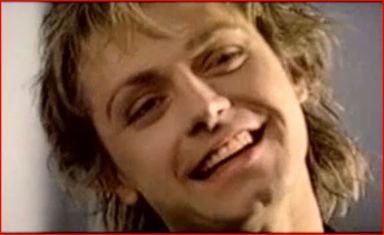 On writing lyrics for The Lace: “I didn’t have a lot of success. Lyrics are my weakest point. I don’t listen to a song for the first five or six times for the lyrics, I listen for the melody. Never really pay attention to the lyrics until after that point. [My desire was] to tell a story. Just something you would actually say to someone, rather than one line and then something clever to rhyme with it.” — from “Benjamin Orr: The Cars’ Mr. Casual Steps Out” by Rob Tannenbaum, Musician Magazine, March 1987

When asked to name his favorite Cars album: “The first one is great for me. Panorama I like a whole lot, maybe just because we got a lot of crap for making it. So those two, and Heartbeat City. Candy-O wasn’t bad either.” — from “Benjamin Orr: The Cars’ Mr. Casual Steps Out” by Rob Tannenbaum, Musician Magazine, March 1987 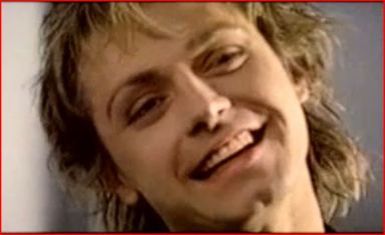 “I thought I was a cool guy back in high school. I pictured myself as the James Dean loser-type… Very quiet, very mysterious. The girls, of course, wouldn’t bother with me at all.” ~ Herald & Review, September 24, 1980

Okay, so this is another one of my nerdy little mysteries … at least, it used to be!

I had heard this one 1987 interview on Youtube quite a while ago. It’s Ric and Ben with the late Bob Coburn on Rockline. A caller asked the guys what they do after a show, and Ben gave a rather odd and cryptic answer, which cracked Ric up, but left me baffled. Well, here… Take a listen:

Now what could he possibly mean? Surely not a literal hat, like his black bolero one from the Shake It Up days. Hmmm. Since I always chew on Ben’s words and turn them over and over in my head, his response really stood out to me but there was just no way I could figure out what in the heck he was talking about. So… I’m sure you can imagine how my eyes popped out of my head when I was reading Let’s Go! Benjamin Orr and The Cars by Joe Milliken and I got to this part on page 108:

“The Cars had no drug scene. Most, as I recall, smoked cigarettes and pot, which was referred to as ‘putting on a hat’ or ‘le grand chapeau.'” ~ Stephen Bickford

Ahhhh! So that is what Ben meant! Goofy boy. He sounds so pleased with himself, too, the way he is snickering at his own joke. Hahaha!

Well, I guess we can lay that little riddle to rest.

Oh, and just to clarify, Stephen Bickford is a talented set designer who started working and traveling with The Cars around the time they were making Candy-O. He’s also the guy who (thankfully!) filmed a lot of the backstage antics that ended up in the epic The Cars: Unlocked DVD, and is credited with some great photos of Ben and the band, like this one: 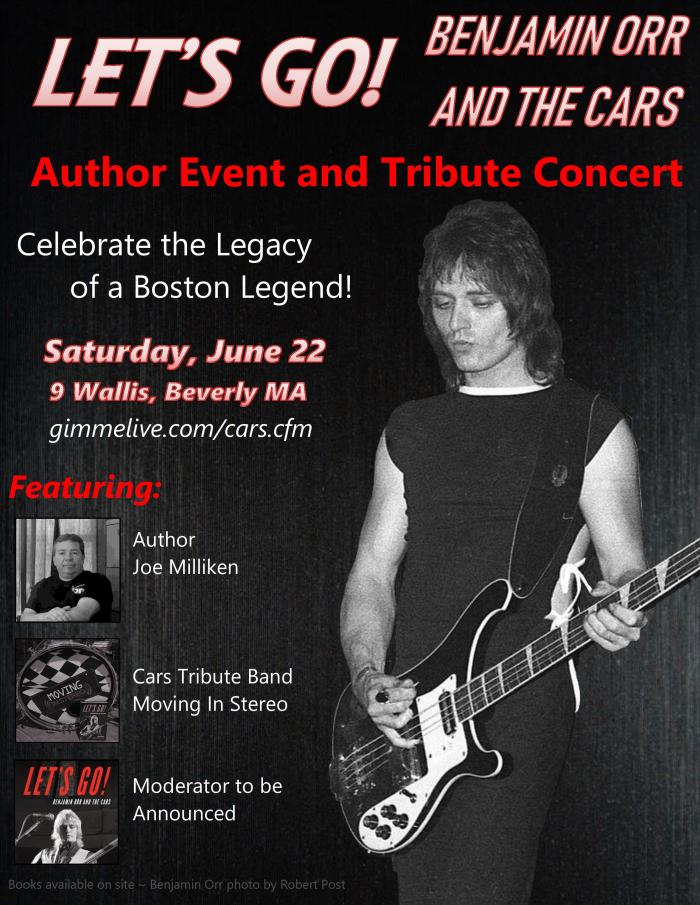 Are there any local bands you really like now? “Like I said, I’ve been out of the country for a while now and in New York so it’s very seldom that I get out to clubs these days. We just popped over The Opera House the other night but it’s the farthest I’ve gone in quite a while. Bowie the other day. Usually the big acts, and even that’s a chore to get to these days. I just don’t have the time.” ~ interview with A.J. Wachtel of The Beat, October 1987

sweetpurplejune
Create a free website or blog at WordPress.com.